Welcome to our new website. Please bear with US as we continue to add new content and information
Meet The Board

The Tamworth Chamber of Commerce Board Members are prominent business professionals with a passion for and commitment to the Tamworth Business Community. They give their time, energy and expertise to the Chamber in a completely voluntary capacity.

The key role for the board is to set out strategic objectives for the Tamworth Business Chamber, and assist with various subcommittees who support, promote and aid in the development of the Tamworth region. 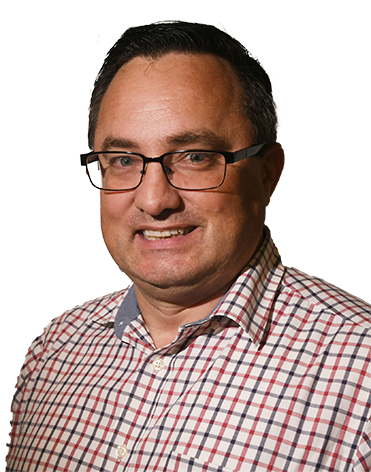 Matthew Sweeney is a Chartered Accountant and business advisor with global experience but a local approach. Over the past 25 years he has worked with businesses from local start-up entrepreneurs through to international Government departments providing strategic guidance and compliance advice using his wealth of knowledge and expertise. More recently he has joined the team at Bell Partners in Tamworth as the head of the Accounting division.

“I have joined the Board of the Tamworth Business Chamber in order to continue developing a thriving business community and create a showcase for regional investment attraction." 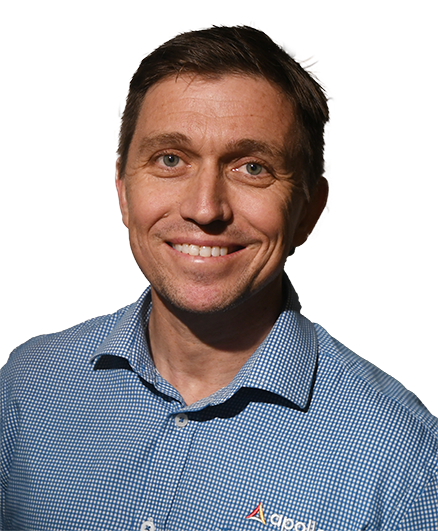 Dave grew up in Tamworth, completing his schooling at Tamworth High School in 1993. He began his career in manufacturing, joining the family business as an apprentice Fitter and Machinist. Over the next 25 years his passion for Australian manufacturing grew as the business continued to embrace technology to improve efficiency and create a globally competitive market offering. During this time, Dave completed his Bachelor of Business at the University of New England, met his wife Karina, had two children and moved to Bundaberg to work in the family business for 4 years. In 2018, an opportunity presented itself to purchase the (original) business in Tamworth which Dave and Karina jumped at.

Dave is extremely passionate about regionally based manufacturing and believes that the best way to achieve success is to innovate and collaborate.

"innovation is the only way that we can remain competitive in a global marketplace. Collaboration is all about working together to achieve the best desired outcomes for the whole. Whether it is with your suppliers, work group, customers, training providers, government departments - it doesn't matter, as long as everybody in the value chain gains success from it". 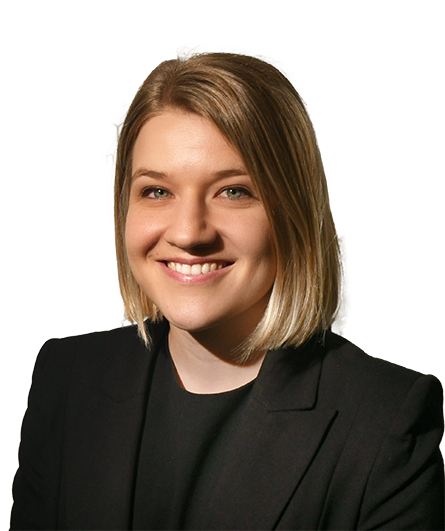 Libby was born and educated in Tamworth. She completed her tertiary studies at the University of New England and the College of Law in Sydney.

Libby was admitted as a solicitor in 2017 and commenced working with Everingham Solomons in the same year in the personal injury and employment law areas.

Additionally, she is currently studying a Master of Laws (Applied Law) majoring in Business Law through the College of Law in Sydney.

Libby and her fiancé also run a small cattle enterprise in the New England area.

Libby is interested in facilitating and promoting business events in our city and hopes to continue to contribute with the Tamworth Business Chamber.   ­­ 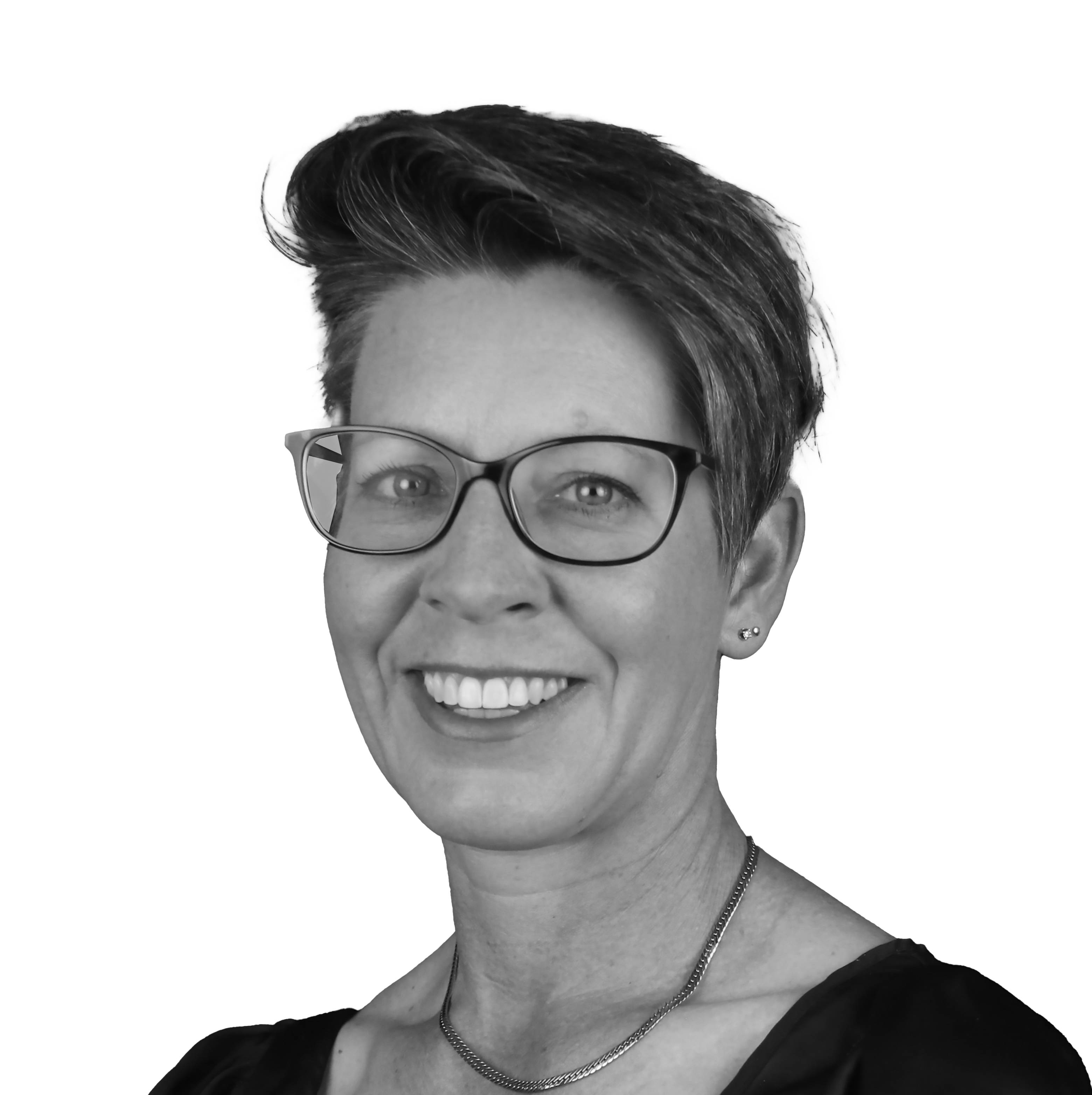 I have been working as a Town Planner since 1996 and have extensive experience in local and state Government, private practice and have worked in not-for-profit organisations. In 2016, I commenced my own private consulting business, J Ullman Town Planning, which I have continued on a full time and part time basis ever since. I currently work for the Department of Regional NSW in a Senior Investment and Business Concierge Role. I’m not afraid to have a go at pretty much anything and my resume reflects a wide range of interesting and dynamic roles.

Over my career I have gained experience and an extensive knowledge in statutory and strategic planning, community and stakeholder engagement, project management, business development, training and workforce development.

I grew up and went to University in Armidale and then went to WA for 12 years where I worked for a variety of local and state government bodies gaining experience on a number of large scale residential and urban projects. Upon returning to Tamworth in 2011 I decided to give private consulting a go and worked for Mitchel Hanlon Consulting.

I have worked in numerous roles and on a wide variety of projects across the New England North West and love Regional NSW.  I am passionate about collaborating to make a real difference to our communities and growing the region. My greatest strengths include my ability to translate complicated processes and projects into a language that everyone can understand and connecting people to grow networks. 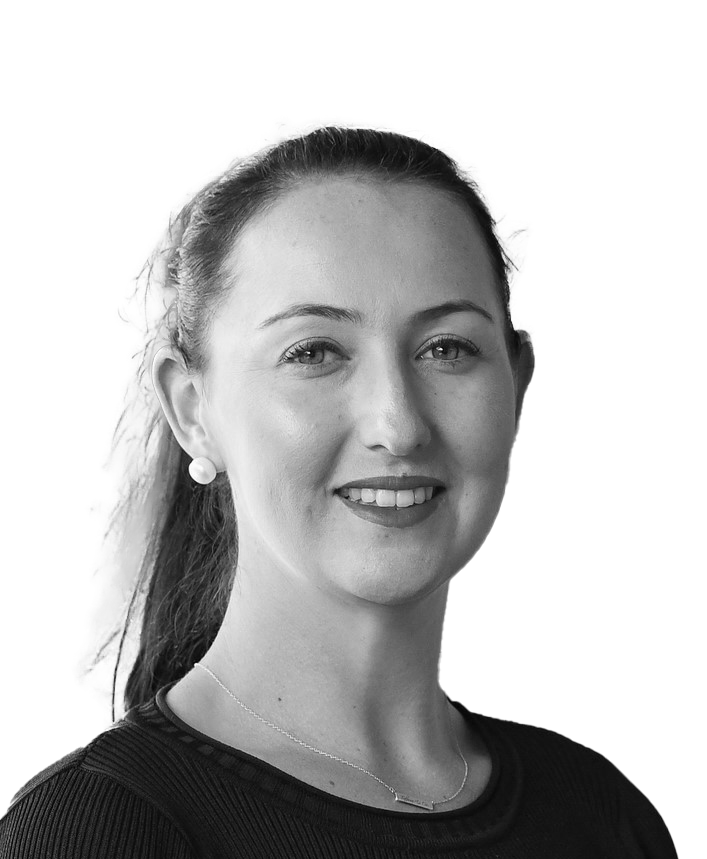 The Powerhouse Hotel by Rydges
Director

Monty Maguire is the Managing Director of the Powerhouse Hotel Tamworth by Rydges.

Monty took up the role at The Powerhouse after relocating to Tamworth earlier this year from Armidale & having her first child, Poppy. Monty and her partner Chris operate a lucerne farm at Piallamore and a contract farming business, Johnstone Rural Services.

She is a board member of the Accommodation Association of Australia’s (AAoA) NSW State Advisory Committee and was the Vice President of Business New England (formerly Armidale Business Chamber) and works to drive growth to the region through the tourism and hospitality sectors.

With more than a decade of hotel and hospitality experience, she was the General Manager of The Powerhouse Hotel Armidale by Rydges for over 8 years, after working overseas at the Ritz Carlton Central Park, New York, Maradiva Villas, Resort & Spa, Mauritius and at leading London restaurants The Wolseley and Rabot 1745.

Born into a hardworking hospitality family in Tamworth, she has been immersed in the business since she was a child and studied Hospitality Management at Ecole Hoteliere in Lausanne, Switzerland.

Monty is a strong advocate for both the industry and North West business community and together with her family has a long and proud history of supporting regional Australian travel and delivering exceptional service and quality. 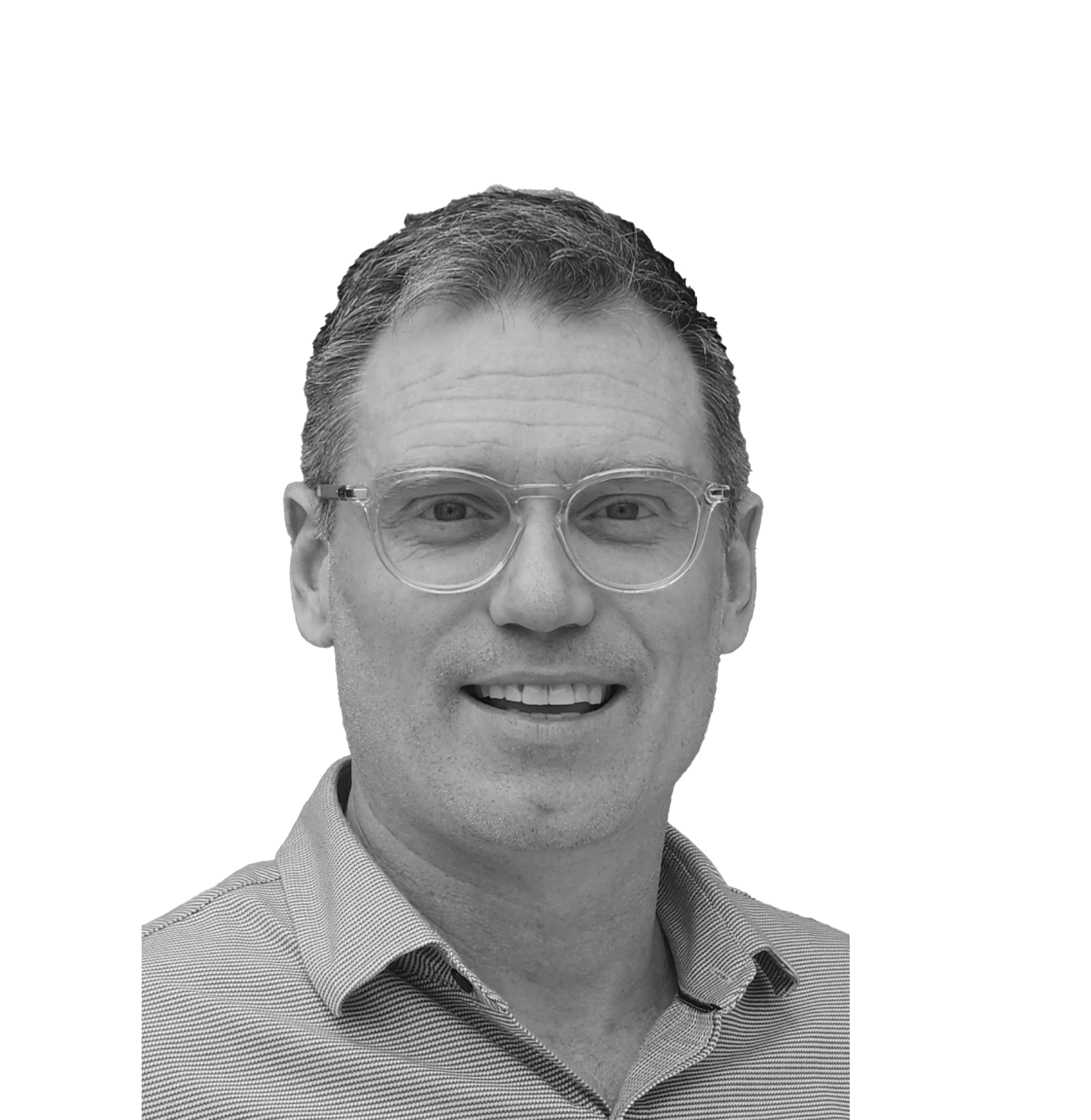 Martin is the Centre Manager at Centrepoint Tamworth and has over 17 years’ experience in retail and shopping centre management.

In his previous roles, Martin has managed large scale retail assets such as Charlestown Square in Lake Macquarie along with smaller community based shopping centres such as Carlingford Court in Sydney’s north western suburbs. He has extensive experience working with retail business both locally and nationally and has a unique perspective and skill set that he will bring to the Tamworth Business Chamber.

He also has previous experience as a Board Member of Dantia, the economic development company for Lake Macquarie City Council, and has contributed to the board of The Place, a local community centre based in Charlestown NSW.

Whilst not originally from Tamworth, Martin moved here over 5 years ago and now calls Tamworth home. He is committed to supporting local businesses and seeing the Tamworth community prosper. 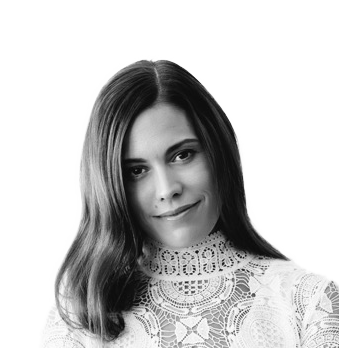 Born and raised in Tamworth & daughter to a local businessman. I moved to Sydney when I was 18 in search for a vibrant & exciting career in media & marketing.

After completing my bachelor's degree; majoring in marketing I landed a job with Australian Consolidated Press (ACP) helping launch its then NEW magazine ‘Shop Til You Drop’.

After a few years I felt the need to spread my wings, it was then that I joined the Time Warner Company working in their sales & marketing department.

A couple of years down the track an opportunity with a major record label ‘Universal Music’ presented itself, one that I wasn’t able to turn down. At Universal Music I was thrown into launching their Social Media sites & running their e-marketing department.

Before I knew it 12 years had passed. It was then that I decided to move back home to Tamworth to spend time with my then terminally ill Father. After my Dad’s passing I decided to stay put for a while, and it was then that I fell into a love affair with the country city that had born and raised me.

In my absence I noticed that Tamworth had become a metropolitan melting pot, bursting with offerings for any city persons yearnings, with realising that, and having print, television & music industry experience behind me I decided to put it all to good use.

With that DOWNTOWN Magazine was born. DOWNTOWN Magazine is now in its 10th year of print and going from strength to strength. DOWNOWN celebrates the diversity of modern country living. In its 10 years of publication it's become a trusted source of information for its readers who are driven by the dream of a beautiful regional lifestyle.

In an industry where print media is dying, DOWNTOWN has been the exception to the rule.

Starting out as a Tamworth publication, slowing growing into the New England region of NSW, then the North West region. In the last 12 months we have spread our wings into the Central West region of NSW, with Orange, Dubbo, Mudgee and Bathurst being some of our top selling areas. 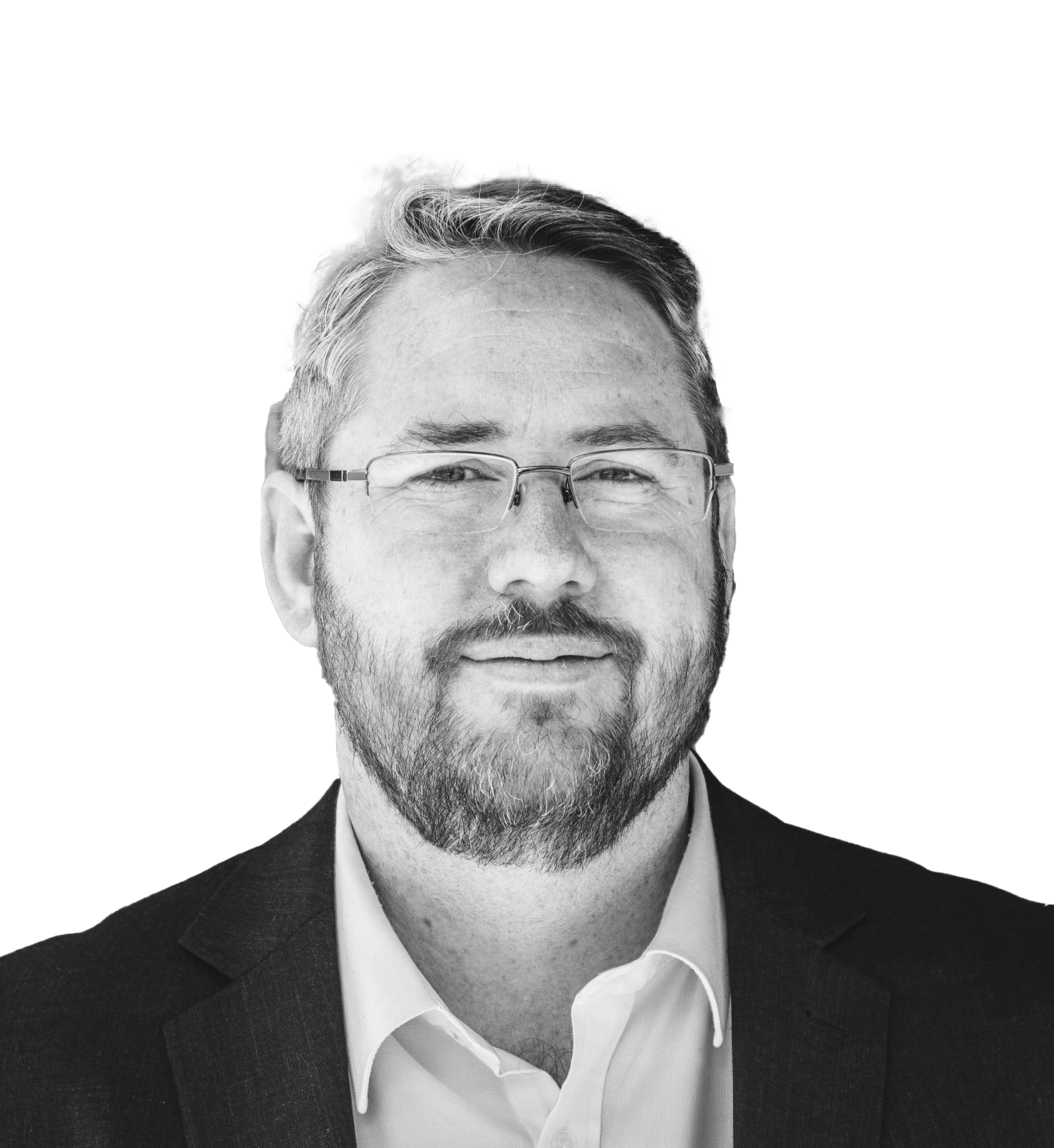 Llewellyn is an experienced business executive with a technical background as a mechanical engineer. His experience spans over the power, water, mining, transport and energy industries and having the fortune to be involved in some multi-billion dollar projects. Over the last 10 years, his efforts have focused on the development, deployment and review of renewable energy and sustainable technologies, including hydrogen, battery storage, wind, solar, hydropower & biomass.  Llew holds a Bachelor in Engineering from University of Queensland and a Masters in Business from Monash University.

Since moving to Tamworth in 2017 with his wife Kristen and four children, he managed Efficacy Advisors – an engineering advisory firm which specialising in renewable energy developments and technology commercialisation. The Efficacy team provide advisory services globally on clean technology but also have been instrumental in establishing some local projects.  They setup and led the Providence Asset Group $500m solar/ hydrogen portfolio - which included the Manilla solar.  More recently they have lead the development of the $900m Bendemeer Renewable Hub.

He is passionate about clean technology and has established strong links with universities to commercialise clean technology. In 2018 he founded the H2Store hydrogen start up (rebranded to LAVO). This is now one of Australia’s leading hydrogen companies and developed the world’s first household hydrogen battery systems. More recently he has worked with UNSW and UNE to found Vesi Water, which aims to setup a manufacturing facility for clean water technology in the New England region.

Llew is a strong advocate that the current clean technology transition can create a once in a generation opportunity to bring capability, infrastructure, and jobs to regional Australia.  If appointed to the Chamber board he will continue to highlight these opportunities and to ensure the regions benefit from the investments.